Side Effects Trajectories in rTMS Treatment for Depression 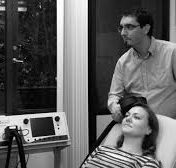 According to WHO, Major Depressive Disorder (MDD) is a leading cause of disability that affects 350 million people worldwide, and 30% of them suffer from treatment-resistant depression (TRD). Repetitive Transcranial Magnetic Stimulation (rTMS) is a first-line treatment for TRD. Newer rTMS protocols are being developed and it is extremely important to characterize their side effect profile and trajectories.

Therefore, the goal of this work is to compare the side effects of two rTMS protocols, namely High Frequency Left (10 Hz) and Intermittent Theta Burst Stimulation (iTBS), in 20 patients with TRD from a study conducted by the Non-Invasive Neurostimulation Therapies Lab at the University of British Columbia, Department of Psychiatry. 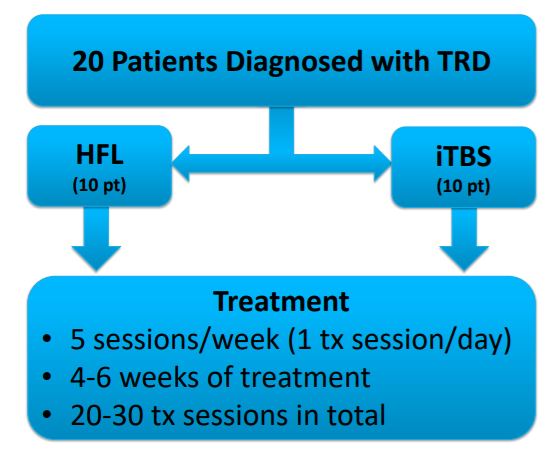 The main goal of this project is to explore the common side effects of rTMS that emerged in 20 patients in the study, and to compare the frequency and severity trends of the reported side effects for both HFL and iTBS protocols throughout the course of the treatment, by analyzing different side effects questionnaires completed by the participants.

How to quantify/measure side effects in this study: 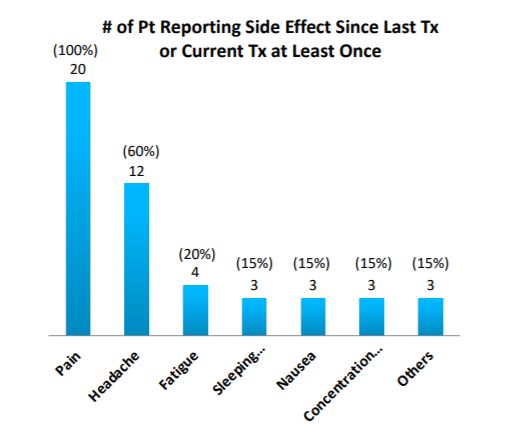 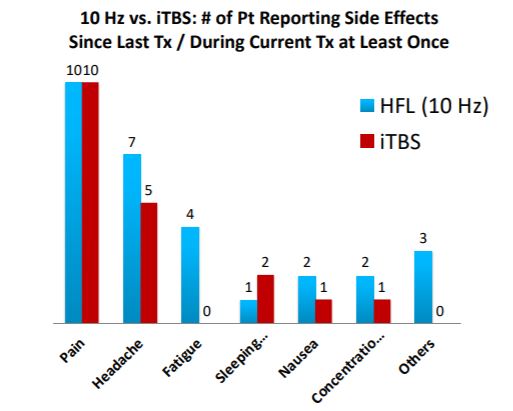 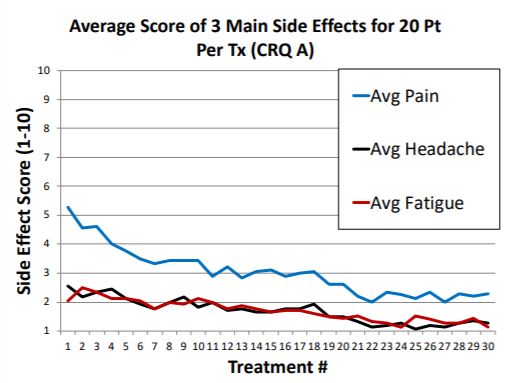 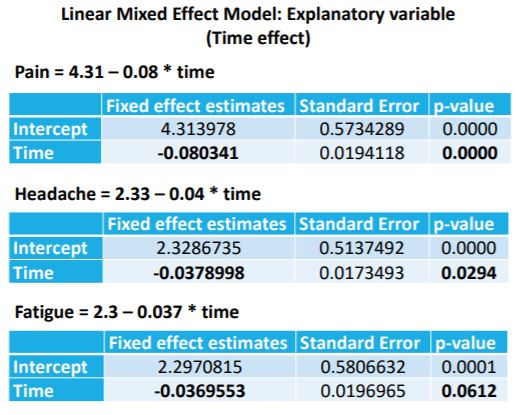 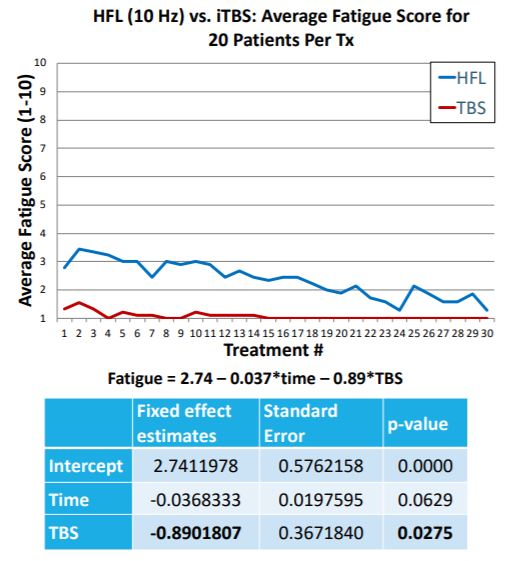 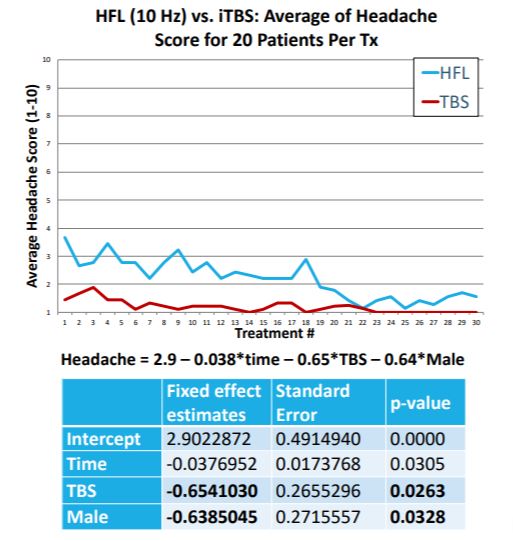 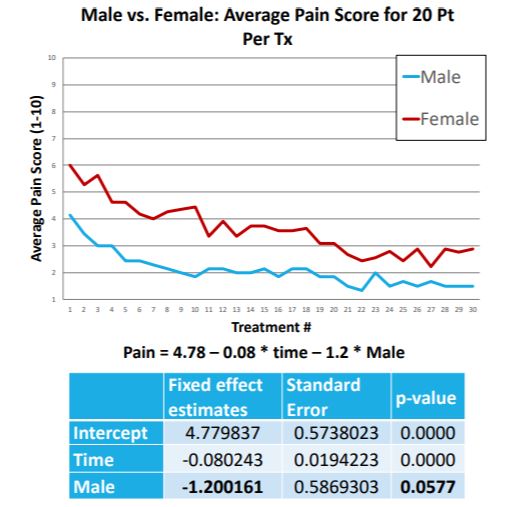