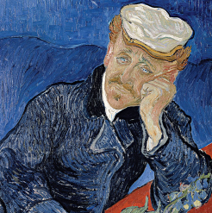 MDD is a severe disabling and highly prevalent disorder with substantial societal costs. Approximately 60% of the patients do not achieve remission with the initial treatment, and more than 1/3 will eventually be labeled as “treatment resistant”. 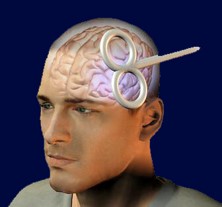 In the present study, we measured functional connectivity of the intrinsic brain networks in TRD patients initiating a 4-6 week course of rTMS treatment, with the primary aim to detect intra-network and inter-network changes reflecting rTMS-induced improvements in depressive symptoms.

Patients initially received 20 sessions of rTMS once daily, 5 days/week, with extension to 30 sessions for those with at least 30% improvement in depressive symptoms. Two MRI scans were measured at baseline and at the follow-up session (12 weeks after the final treatment session). For healthy controls (HCs), the follow-up data were collected 18 weeks post baseline. 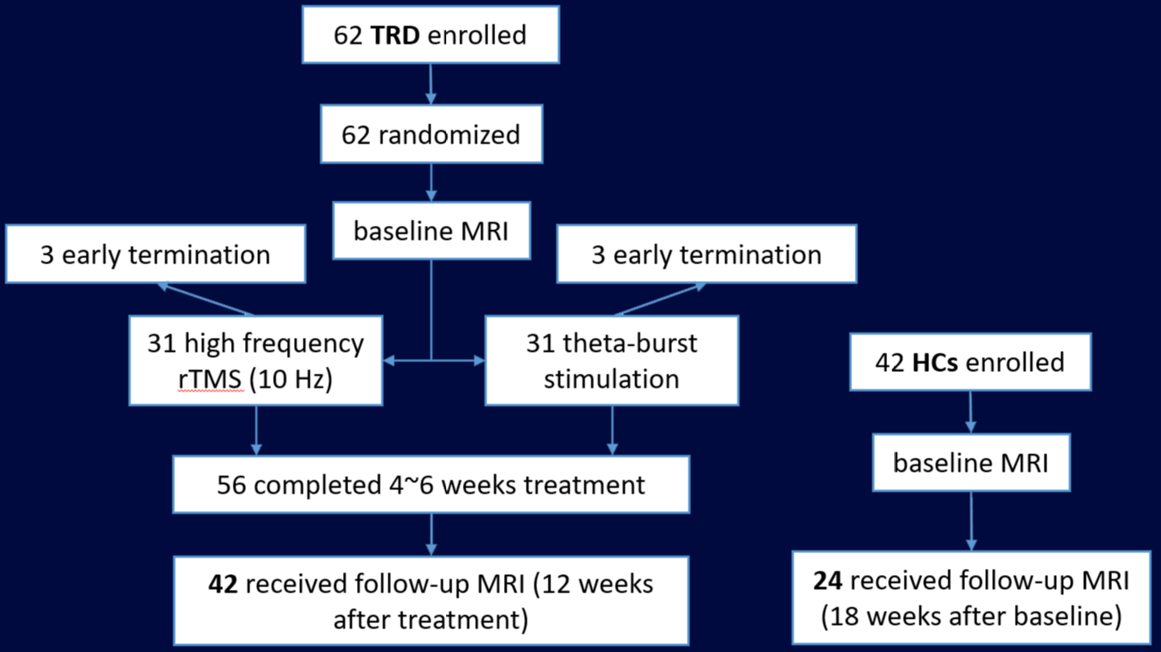 We analyzed resting-state functional MRI (fMRI) from 42 TRD patients and 24 healthy controls (HCs) scanned at UBC (Table 1). We applied a new group independent component analysis approach7 to the fMRI data of all subjects to estimate their intrinsic networks. 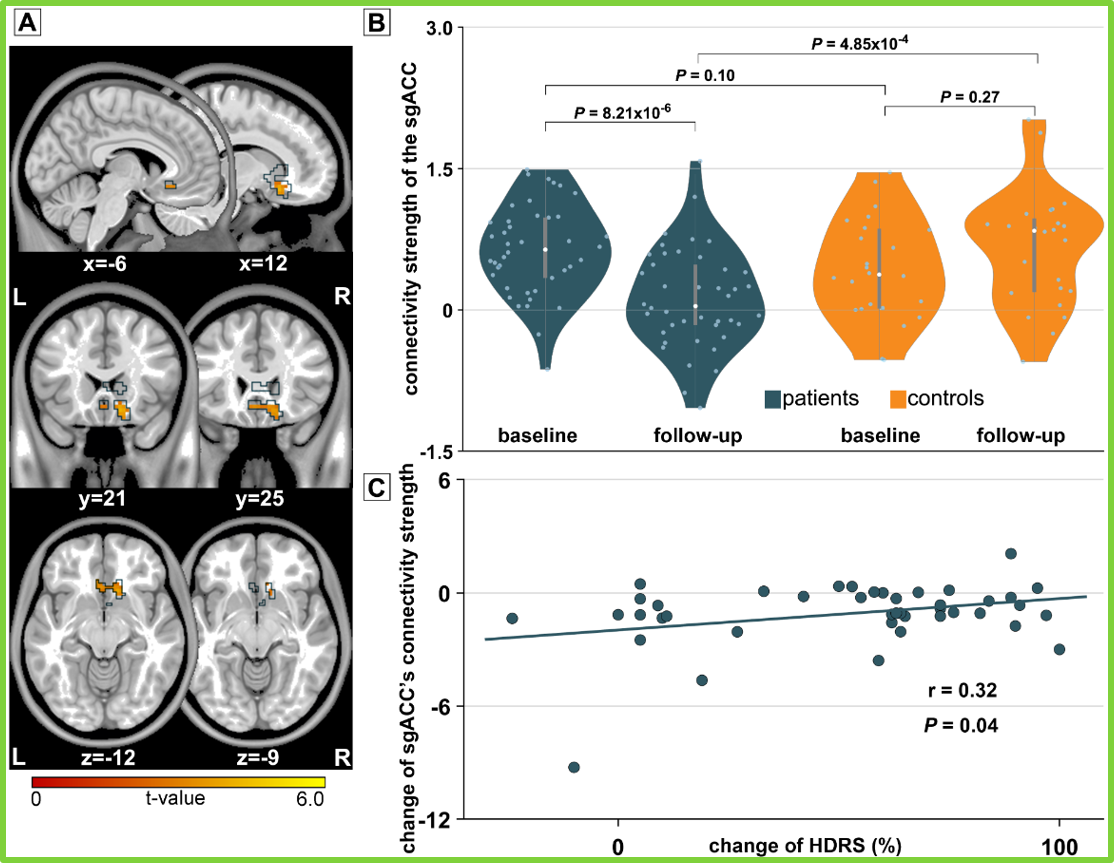 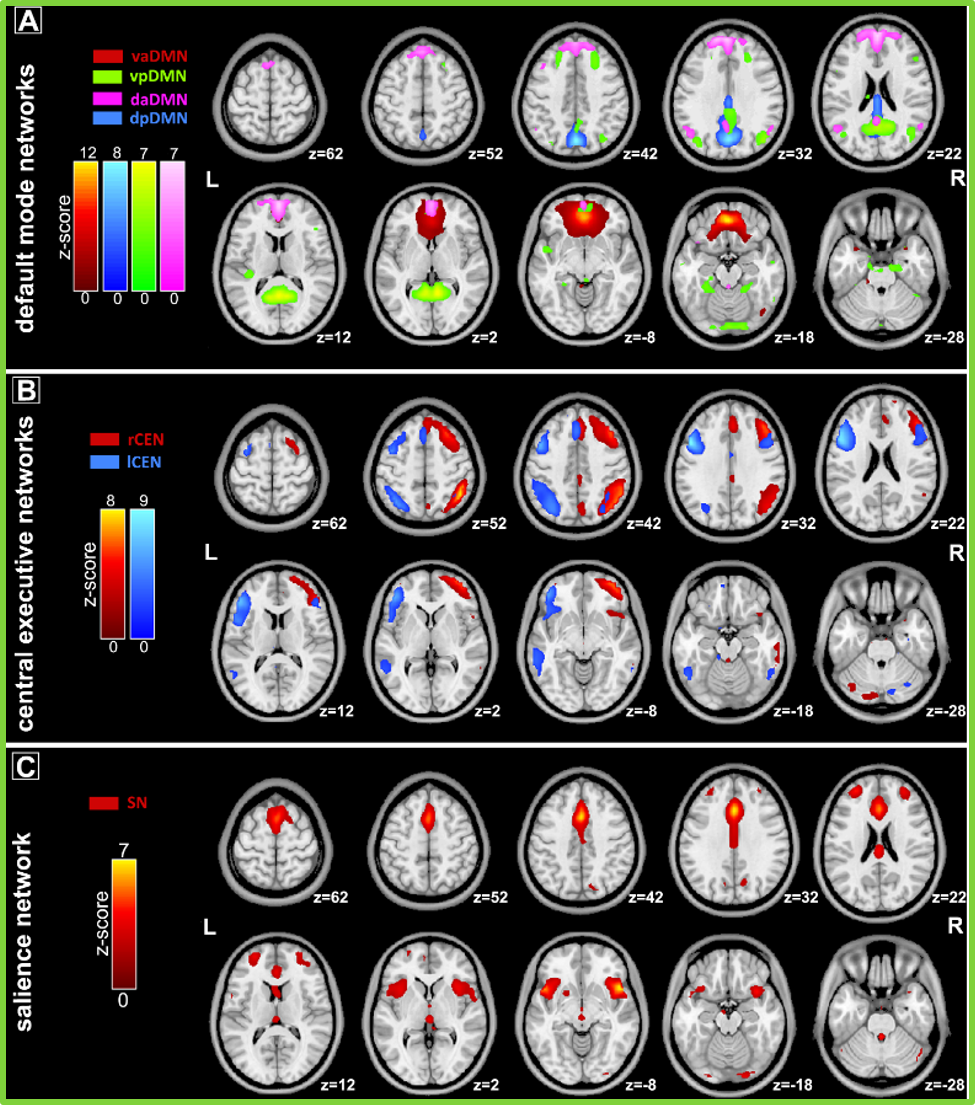 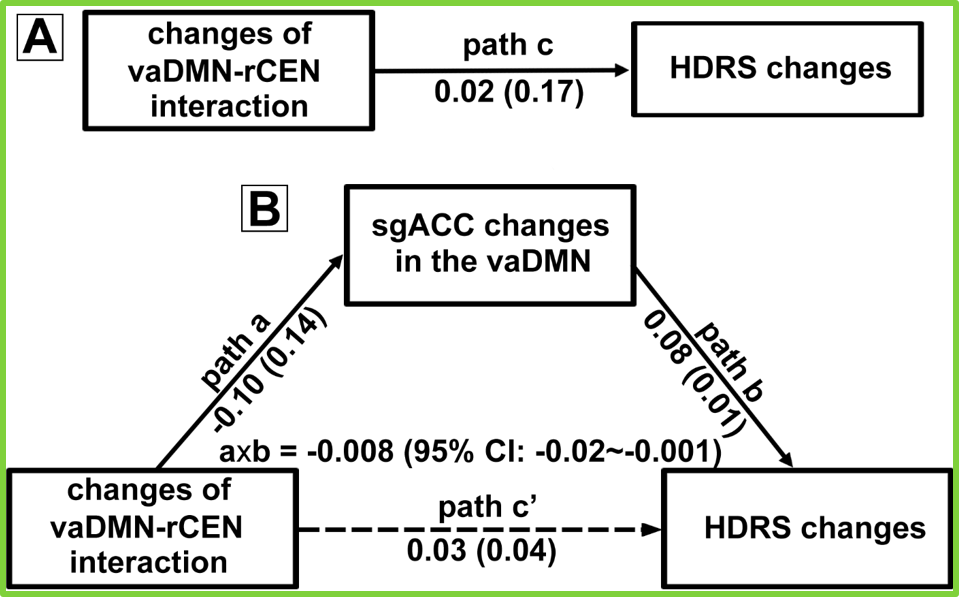 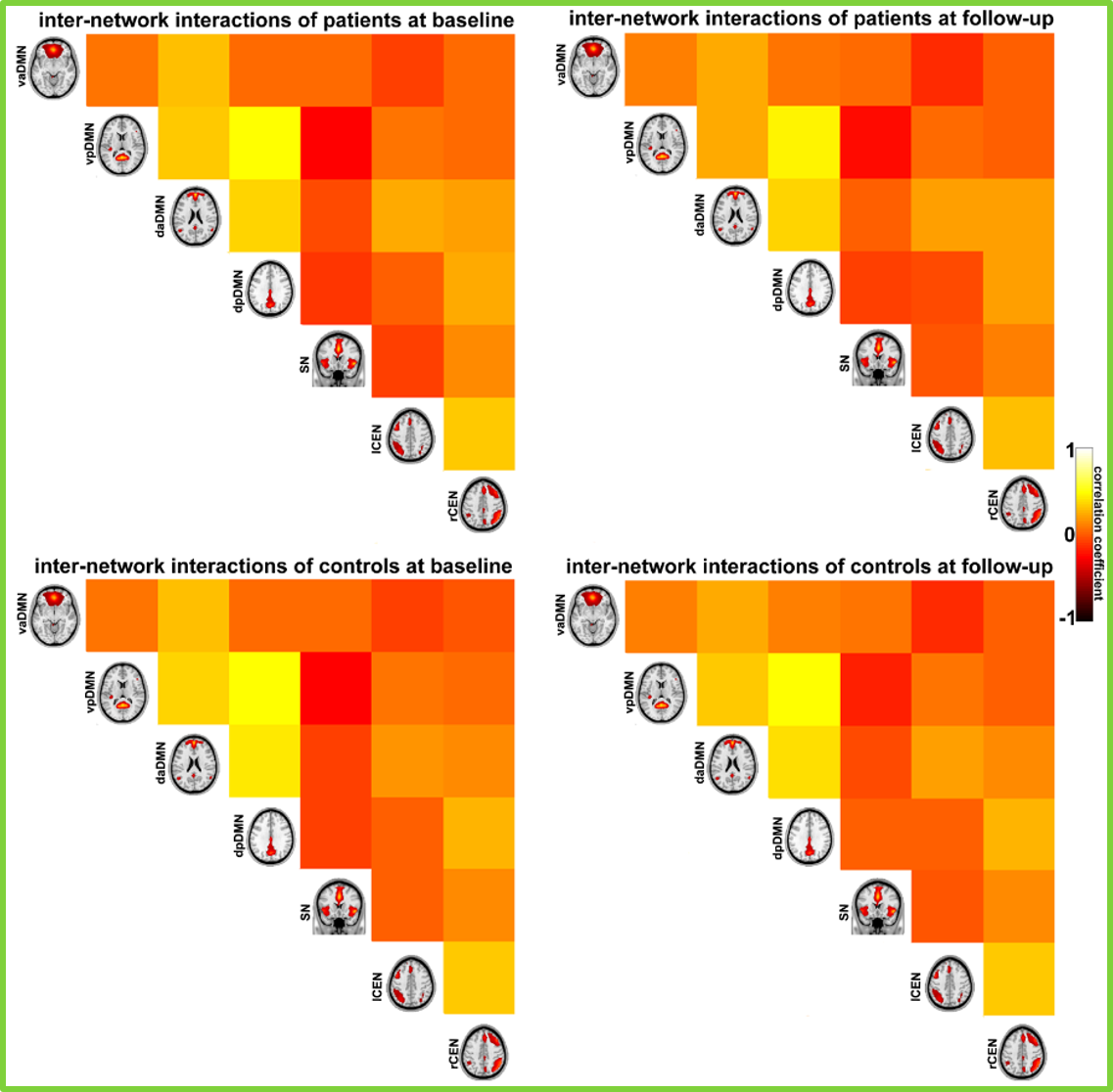